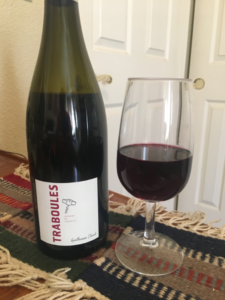 This excellent wine shop is one of the dozens of stores that line each side of College a couple blocks north and south of the busy intersection at Ashby Avenue. The Elmwood commercial district is compact, with a pleasing, 1920s architectural vibe. Transom windows fitted over the doorways of most storefronts lend an attractive cohesion to this discreetly classy neighborhood, which sprang up during a building boom in Berkeley in the 20’s.

According to Michael Werther, one of the shop’s owners who did some digging for me, the 1923 building had previously been the neighborhood’s hardware store, going back to its earliest days. The concrete structure survived a massive Berkeley fire nearly a century ago, as did the famous Durant Hotel near the UC Berkeley campus. Both buildings were designed by William Weeks, an architect known for his early 20th century Carnegie libraries around California.

Today, thanks to those transom windows and a tall, skylit ceiling, Vintage Berkeley is a pleasant and light-filled space. It’s also filled with great wine. The head buyer, my friend and fellow Pasadenan Dan Polsby, maxes out the floor and lines the walls with eclectic and carefully selected bottles from California, Europe, and beyond.

To me, wines on display in shops are little reminders of places—not just vineyards but of the towns next to them or the regions that surround them, some very far away. That distance, and even the shorter stretch between the East Bay and Napa, offers a more immediate reminder: no one is really going anywhere (unless one is 86 gamay in cabernet country). As a hugely popular Instagrammer I follow posted a number of weeks ago, omitting all punctuation across a meme of a generic shopping center: “Who remembers places” Then he commented to himself, “God I miss them” 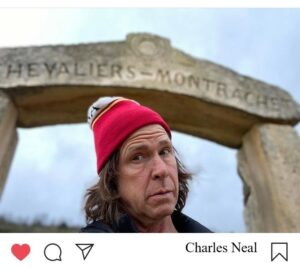 From a home office in the city’s Richmond District, the French wine importer and author oversees national sales channels for a top-notch portfolio of wines. Domaine Clusel-Roch, which makes Traboules, is one of his Rhône Valley producers.

Like most people, Charles has been stuck at home for weeks. Over the years, however, the location has hardly left him jaded. “I’d rather look out the window in the Richmond and see downtown SF and the Golden Gate Bridge,” he wrote to me in an email recently, “than a gray cinder block wall in the bowels of industrial Richmond, CA,” where his warehouse is located.

When he isn’t flying to France a half-dozen times a year or around the U.S. to work with his distributors in nearly twenty states, he and a handful of employees pitch his producers’ wines to restaurants and retailers up and down California. Vintage Berkeley is one of these, with Dan Polsby an enthusiastic member of the Charles Neal Selections audience. 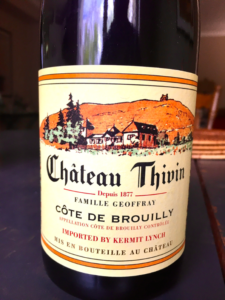 It was Dan I called last fall after an earlier conversation about the Traboules gamay with an old friend who has shown up in these pages before, the Paris restaurateur Tim Johnston. Knowing my affinity for Beaujolais, especially the good stuff like Côte de Brouilly, Moulin-à-Vent, and the other cru Beaujolais appellations, Tim clued me into the side project initiated a few years ago by Guillaume Clusel, the son of his friends Brigitte and Gilbert Clusel.

Guillaume’s parents are third generation proprietors of a small domaine near the ancient market town and wine hub of Ampuis. The couple are helped by their son, who is starting to take the winemaking reins. They have a well-deserved reputation for the Domaine Clusel-Roch wines, particularly the grands vins most closely associated with this section of the Rhône: Côte-Rôtie and Condrieu. 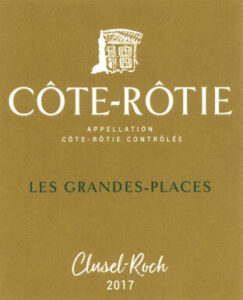 Before World War II, Gilbert’s grandfather planted syrah on the minuscule section he owned in Les Grandes Places, a highly regarded Côte-Rôtie vineyard that’s broken up into a patchwork of holdings. In the decades since, the Clusels have built up the domaine through other vineyard acquisitions but still only make around 1200 cases per year.

When Tim told me last year about a stretch of vineyards just outside Lyon that comprise the Coteaux du Lyonnais, with which I wasn’t familiar, and furthermore that the appellation was entirely planted with gamay for its red wines, I was floored at the thought of a northern Rhône Valley red not made from syrah. I had to seek out Traboules, and Dan got on the case for me.

The email from him arrived in my inbox on December 7th: Pearl Harbor Day. I’m thinking now the date was a sign of the gathering shitstorm. “Traboules is back this Tuesday,” he wrote. “Apparently the cool kids have discovered it all of a sudden and now this thing that was your and my little secret is quasi-allocated. What a dumb world.” 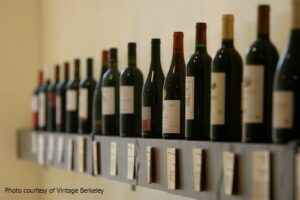 He noted in a follow-up email to a friend and me that Charles Neal had set aside a decent number of cases of Traboules for Vintage Berkeley to sell. Despite his hipster competitors getting, er, hip to this delicious wine, he happily reported, “I’m still allocated the lion’s share of [Traboules], having been, I suppose, a cool kid avant la lettre?”

My friend on the email, Phelps Wood, is a customer of Dan’s and a marvelous consumer of gamay. He even took his family on a pilgrimage last year to Romanèche-Thorins, the Beaujolais town with the famous old windmill that gives Moulin-à-Vent its name. 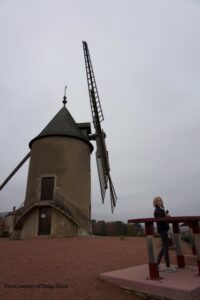 I’m no slouch, myself. Together and apart, Phelps and I have been drinking all manner of gamay—from Beaujolais nouveau at Kermit Lynch’s November parking lot parties, to gamays redolent of Loire chateaux barnyard, to magnums of old Morgon—since the days when Dan could still recall in vivid detail the flavor profile of a juice box. If our purveyor pal was avant the cool kids, I’d say Phelps and I were gamay-gluggers d’origine. Or else just old.

In late January of this year, Charles was on a commuter train visiting family in New York. It would prove to be his last trip for the time being. He was telling me something interesting on the phone about Guillaume Clusel and the Traboules gamay, vis-à-vis his family’s domaine in the Côte-Rôtie village of Verenay where he makes the wine. Then a loud train horn drowned Charles out.

The Doppler Effect on my digital recorder, which I had to listen to a few times for this column, was unnerving. “Guillaume is now becoming a ‘real winemaker,’ so to speak …” Charles was saying—then came the droning blare of a passing train, which made me feel like I was in the seat next to him—“… and, you know, it’s really scary when you’re looking out the window of a train, and another one comes flying by!”

He collected his thoughts on Guillaume’s unique gamay, a wine in his portfolio that’s proven to be, as he described it, “one of these good alternatives to Beaujolais, maybe a bit more stony, a little bit more mineral perhaps, and a little bit less juicy. But it’s a wine with a great balance between all of those things.” 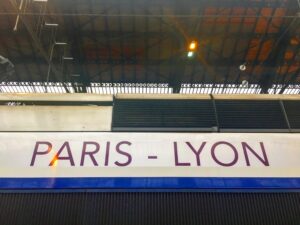 It reminded me of a train trip of my own, in early 2018, from Paris to Lyon by TGV, which is basically a commuter train on industrial steroids. Whatever TGVs might have Dopplered by in the opposite direction would have been sound-proofed out in the snug cabin, and anyway I was probably enjoying the Mâconnais scenery, even as I kicked myself at not carving out time for a detour to Villié-Morgon or Juliénas or one of the other cru Beaujolais towns well within striking distance. They’re on the bucket list, as is Coteaux du Lyonnais.

In the meantime, I have my Traboules.

[End of Part Two – check back for Part Three.] 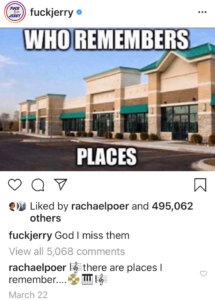