This column is dedicated to the memory of Daniel Hyatt, a good friend and great San Francisco bartender. 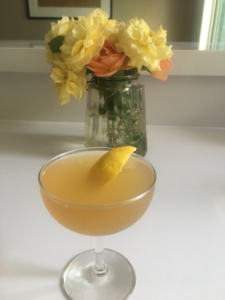 WHEN IT COMES TO COCKTAILS, I’m a bit of an accidental tourist. Their mixing, I mean, not the imbibing. In this respect, I’m highly intentional. Especially these days.

As we headed out to the West Shore of Lake Tahoe for a week’s vacation in August, I intended to make a drink or two using the ingredients I’d brought along on the trip. The tourist in me would’ve preferred to sip some punch on the dock at Chambers Landing or enjoy cocktails at Sunnyside Lodge’s lively bar, but the pandemic was doing a great job  of sucking the fun out of those time-honored Tahoe traditions (we did manage to get some Chambers Punch to go—this little miracle of an adult beverage could be the subject of its own column).

Arriving at our rental cabin in Tahoe Pines, a century-old community along the West Shore that recedes back into immense groves of white fir and Jeffrey pine, we unpacked for a relaxing week and the temporary escape from reality back home. There was still plenty of reality by the lake: over the next six days, the steady stream of traffic along West Lake Boulevard would be a reminder of Tahoe’s popularity, especially during this coronavirus road trip summer with almost no one getting on airplanes. 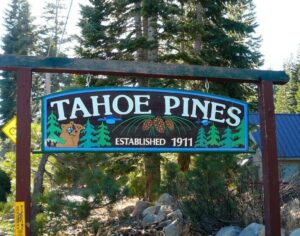 That first evening, I set about mixing a drink using a couple bottles I’d picked up the day before in Napa: Savage & Cooke’s Lip Service Rye Whiskey and Vermouth Mata Blanco. The whiskey, distilled in Tennessee and finished in used wine barrels at the new-ish S&C distillery in Vallejo, was going to combine splendidly with the vermouth, a rich and moderately sweet aperitif wine from northern Spain. Or so I hoped. Fresh-squeezed lemon juice and orange bitters would add some brightness and seasoning to the botanical booze.

Any experienced bartender will read the previous paragraph and know that the drink I “created” is called a Scofflaw—except a key ingredient, grenadine, was missing from my concoction. At the time, I’d never heard of this cocktail, so I believe I can claim ignorance. And because I’m just a hack who thinks the juice of pomegranates is meant to mix with 7-Up and serve to kids, it wouldn’t have occurred to me to include grenadine in my as-yet nameless drink.

What’s more, the dry white vermouth called for in a Scofflaw is just that: a dry (or off-dry) fortified wine macerated with a variety of botanical ingredients. This describes most French or Italian versions, which would be a bartender’s default choices. Mixing vermouth with lemon juice, you’d need something sweet and juicy like grenadine—and here’s where the Prohibition-era Scofflaw recipe comes together—to make the whole thing not taste like a tart, herbaceous, adult lemonade. 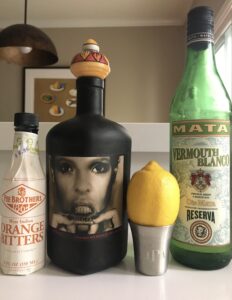 When I bought a squat, dull-black bottle of Savage & Cooke Lip Service Rye at Lawler’s Liquors in Napa, the vermouth was almost an afterthought. Brands like Dolin from France and Contratto from Italy have sat on our bar for years, but the Mata on Lawler’s shelf was a new one to me, and it jumped out: the label was old-school cool, and the price was right. This Spanish vermouth turned out to be a great choice.

I hadn’t cracked open the bottle before we got to the cabin. When I twisted off the black cap and poured myself a taste, I was surprised at how un-dry this Mata Blanco stuff was. At the same time, however, it was all kinds of not-too-sweet: neither cloying nor candied, nor overly fruity; it had more of a medicinal character, a headiness complemented by the assortment of botanical ingredients in its recipe. In this way, it was similar to the better French and Italian vermouths I’d tasted, with just a little more sweetness built into it (I’ve since gathered that blanco on a Spanish label implies a sweeter style, similar to bianco and blanc vermouths in Italy and France). There was “a harmony of flavor,” as the German wine writer and importer Terry Theise might describe it—if he was making a cocktail.

That was my task at hand. Over the kitchen counter, I used my pewter jigger to measure out the semi-improvised ingredients and poured them into a mixing glass with ice. Stirring for less than a minute, then straining it into a rocks glass and, finally, taking my first sip, I did a little head-slap: it was good.

The lack of grenadine, in both my repertoire and imagination, was made up for by the Mato’s unanticipated sweetness. The chilled drink in my glass was balanced: both potent and refreshing. It had the all-important pop of flavors that I suppose earns bartenders their paychecks. I took it outside to the cabin’s front stoop and had a seat beneath the tall trees. The thought landed in my head that this accidentally delicious thing needed a name. So, I sent a text message to Carl Sutton. 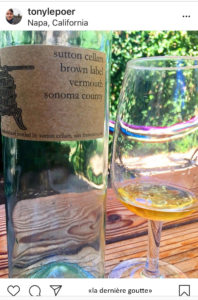 Before the golden age of Sutton Cellars Brown Label vermouth ended a couple of years ago in San Francisco’s Dogpatch neighborhood, afternoon visits to the warehouse space where Carl operated his urban winery were something I looked forward to when headed down to the city for a day of work or play. For a pittance, my old friend would sell me a few bottles of his extraordinary white vermouth, created from a botanical recipe that took him two and a half years to perfect. He’d then mix it, or one of his other aperitif wines, into whatever concoction currently inspired him. We’d catch up for an hour at his tasting bar, and occasionally longer, depending on how many ideas were bouncing around in his head.

Back at home over the next few months, I’d make the strictly proportioned gin martini taught to me by another friend of both mine and Carl’s, the late, great Haight Street bartender, Daniel Hyatt. Behind the bar at The Alembic, Dan often had Carl’s vermouth flowing through one of the nondescript beer taps. It was just an example of the many cool things this cocktail genius pulled off over the years. While he was alive, at least during the time I knew him, everything he touched as a mixologist turned to gold. Sadly, to paraphrase Robert Frost, it was the hardest hue to hold.

Carl’s fortified wines—the vermouth in particular—held honored places in Dan’s ambitious cocktail program at The Alembic, which helped bring both credibility and hard-to-come-by cash flow to his Dogpatch winery a decade ago. Although Sutton Cellars’ notoriety was Bay Area-centric back then, a 2010 article on Carl and his vermouth in The New York Times by the wine and food writer Jordan Mackay helped to firm up his reputation as an early California leader in this unusual wine category. 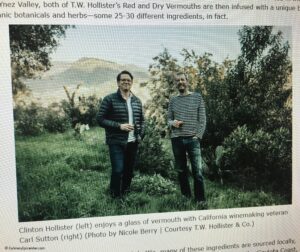 Today, relocated to Massachusetts, Carl is the bi-coastal Vermouth Winemaker for T.W. Hollister & Co., a winery in Goleta, near Santa Barbara. For the time being, I can no longer visit him at the source of his production, and the Hollister Oso de Oro vermouths cost me more than a pittance, but I’m very happy that he’s stayed in the game he helped create in this state.

All of this is the long way of explaining why I sent him a text message from Tahoe Pines.

“What would you call rye/blanco Spanish vermouth/lemon juice?” I typed on my phone, between sips.

A minute later he replied, “¿Delicioso?”

He texted to ask where we were. I answered “Lake Tahoe,” and when I did, a name for the cocktail came to me: the Tahoe Delicioso. I may have inadvertently riffed on the Scofflaw recipe, but the sweet-bitter flavor of Spanish vermouth made my drink especially delicious.

I bounced this name back to him.

“Won’t fly broad market,” the expert shot back, dashing any hopes I might have had for 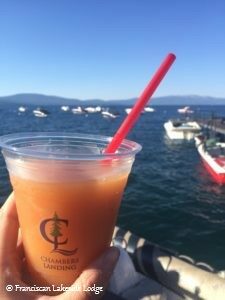 Though Carl was probably right, now that it’s October and the weather is changing, I think Tahoe Delicioso still has a nice ring to it. The recipe follows below. As a pleasant reminder of summer around our house, it’s right up there with the Chambers Punch. 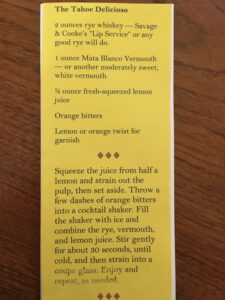