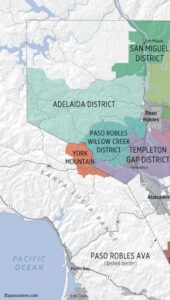 ADELAIDA, AS THE ALLUSION to boxing goes, punches above its weight.

It may be one of California’s less familiar wine regions, but this mountainous, oak-studded viticultural area just outside of Paso Robles boasts a couple of the Central Coast’s signature wineries, along with a major industry player. About three dozen others comprise an eclectic roster of Adelaida wineries.

The district is home to Tablas Creek Vineyards, the innovative grower-producer of Rhône and Mediterranean grape varieties I’ve written about previously. Several scenic miles up the road is the more mainstream Daou Family Estates (stylized “DAOU” on their labels), which specializes in Napa Valley-ish red wines. With their respective national footprints, each winery serves an ambassadorial role for Paso Robles as an important source of California wine.

In my travels, Daou has often seemed to show up as a grocery chain and steakhouse standby, while Tablas Creek’s Rhône focus makes it more of a mom-and-pop establishment brand (if mom hummed along to Edith Piaf and pop sported the occasional beret). Each produces a hefty 30,000 cases per year, enough to satisfy distributor and direct-to-consumer needs many times over.

END_OF_DOCUMENT_TOKEN_TO_BE_REPLACED 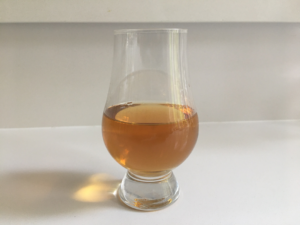